Being at home this fall, I've been trying to make the best use of my time.

Last week when the river flooded into town, Fritz, my brother and I ventured down with our kayaks and spent the afternoon paddling around between park benches, picnic tables, lamp posts and trash cans.
I considered it to be a very successful day in my "professional climber" lifestyle.
Basically I ain't been doin' much.
Traveling the world has made me a bit spoiled, and--dare I say--snobbish, about in which areas I choose to climb.
I have lived in Hudson, Wisconsin for 21 years. (Minus the couple of years spent in Colorado.)
Willow River State Park has existed in Hudson for... let's just say, much longer than 21 years. 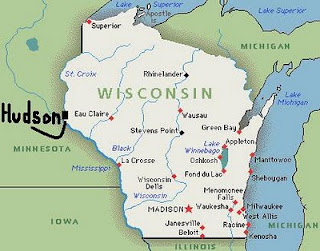 For some reason, this fall has been my first season climbing at Willow.
And I have loved every chossy second of it!
Willow Falls is the choice destination for steep, powerful climbing around the midwest. 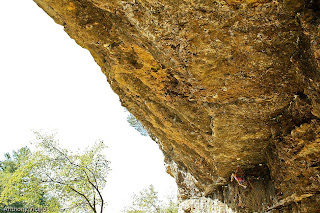 It also happens to be the number one location for Hudson High School students to have their senior photos taken. You can see why! 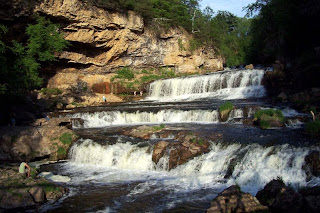 I had previously misjudged Willow﻿, categorizing it as "a chossy pile of crap," among other stereotypes.
While the limestone isn't the most solid rock I've laid my paws on, the climbing is anything but crappy.
Most of the routes in the overhanging cave are long and pumpy, with big, dynamic moves between unique holds, from crimpy edges, to deep huecos, cracks, envelope slots, monos, and even a horn resembling Gonzo's nose. 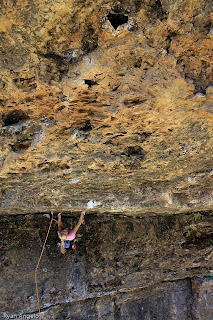 The grades range from 5.10 up to 5.14a/b, so there are plenty of routes for everybody.
Directions, beta, and rules for climbing at Willow River State Park can be found in the brand new Willow Guidebook written by Jeff Engel, Anthony Vicino and Ryan Angelo. But until you pick up your own copy, here's a list of my top five favorite routes:
1. Natural Selection 5.12c
2. Hurtful Pleasures 5.13a
3. Couch Time 5.13a
4. Tsunami 5.12d/13a
5. Middle Cyclone 5.12d 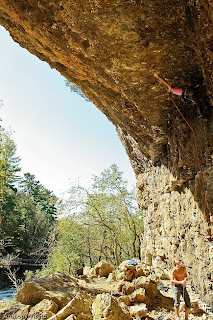 The park is dog friendly! But there are strict leash rules that can result in a hefty fine. It's great to be able to bring Fritz climbing with me,  but sometimes trying to belay when you own a lapdog can be a little complicated... 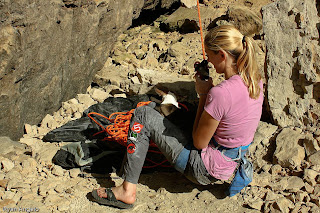 ﻿
My season at Willow will be ending very soon as I'm heading back to Europe on November first. I have to admit this makes me a little sad, and I'm actually looking forward to climbing here next year. It may not be the Red River Gorge, but what were you expecting? It's Wisconsin!﻿ 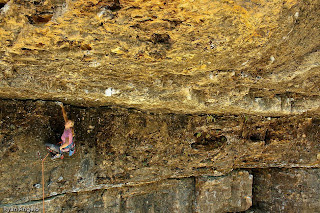