I spent the remainder of the month of November in Austria on what was intended to be a climbing trip. After the IMS competition in Italy, myself, Anna, Kilian, Nalle, Chuck and Nelson made our way back to Innsbrooklyn. Chuck and Nelson were in town to shoot for part of CF Films' upcoming flick "The Scene," a film about the four Grand Central Station areas for climbing across the globe: Boulder, Moab, Spain and Innsbruck. In true tourist fashion, Chuck bought a beaver hat, and never took it off for the entirety of his stay. 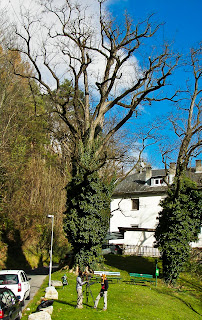 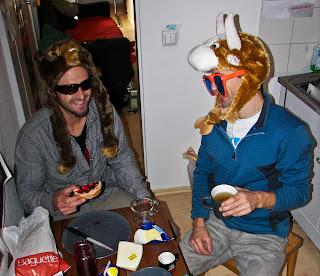 ﻿The weather all over the globe for the upcoming weeks had taken a turn for the worse, and it looked to stay that way... for the remaining three weeks I was there. There wasn't a place within an 8 hour radius with sunshine.
We made the best use of our time in Innsbruck with hiking, biking, the hot springs at the Aqua Dome, and the Kriskindlmarkt (the "Christmas Market") where the drink of choice was gluhwine, the delicious alcoholic version of a hot wine cider. 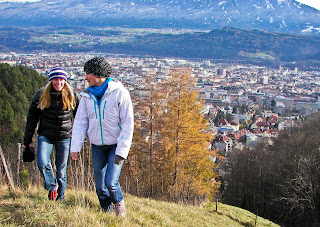 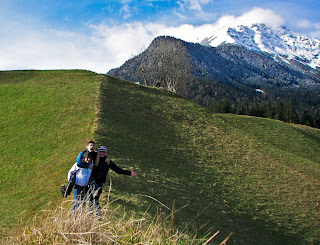 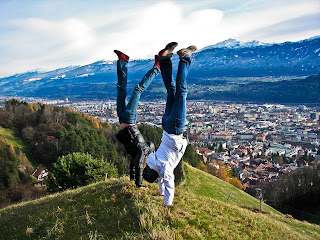 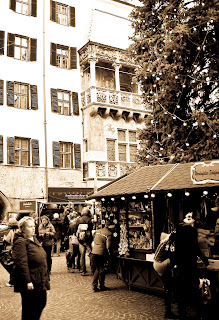 What little climbing we were able to get in between bursts of rain and snowstorms was spectacular. Anna and I got sunshine-lucky one weekend and headed down to the Arco area, where the climbing was unique and the views of Lake Garda were beautiful. 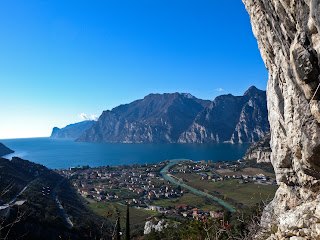 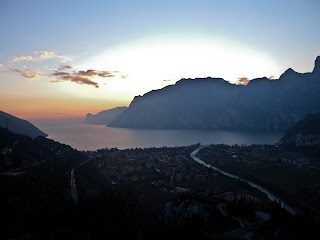 Our first day in Arco we went star chasing in Nomesino, an incredible place recommended by Anna's father. The wall was big and beautiful, standing in blue and gold streaks ﻿at 30 meters (98 feet) in height. The climbs were long and pumpy! But every route we did was worth five*****stars. 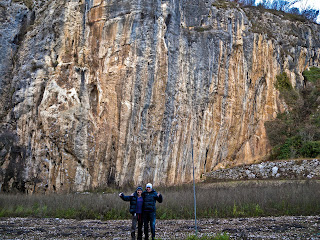 After our stellar star-chasing day in Nomesino, we decided to head to an area famous for it's incredible view: Belvedere. It definitely lived up to the hype. It was hard to keep focused on the rock, my eyes kept wanting to gaze out at the gorgeous lake. 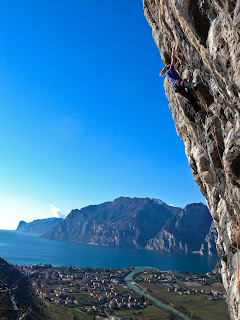 After Arco we went back to Innsbruck and the fun really began. What ended up being the highlight of this trip for me wasn't what happened in the sunshine, but what happened in the snow.
Down in the city it could be a gloomy, drizzly day... but high up on the peaks of the Austrian Alps the sun shines clear and bright. And the skiing is magnificent! Who knew that all you had to do was climb out of the fog to reach the sunny slopes and blue skies? (Well everybody in Austria knows, they ski all the time.) But it was a wonderful surprise for me! 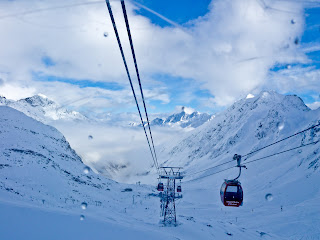 As a non-skier, the fresh powder definitely took some getting used to, but the views were something I could stare at forever. I had never seen anything like what I saw on those pists; bright snow-covered mountain tops peeking out through the clouds that were blanketing the city below. What a sight! Needless to say, my climbing-turned-skiing trip to Austria has anchored a new passion in me, opening my eyes to a whole new world of extreme to get excited about. 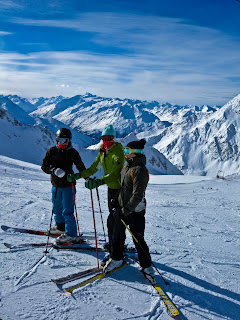 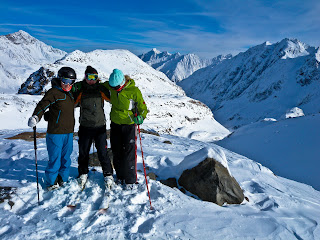 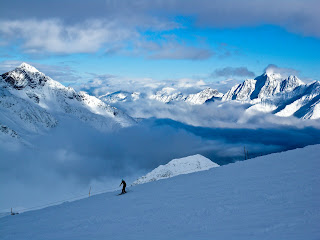 My last night in Austria also happened to be Thanksgiving. As a departure celebration (they were celebrating...)﻿ I made a traditional American Thanksgiving dinner. I'm definitely not known across Europe for my cooking skills, but the consensus was that my dinner was delicious and I was very pleased. It's a lot of pressure trying to cook something classic for people with high expectations and mastery chef skills. But I succeeded! 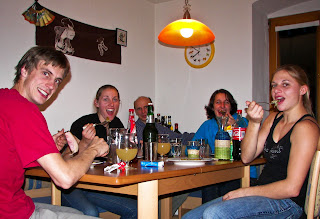 Next stop: the Carribean!
Posted by Alex Johnson at 16:34